How We Deal with “The Bad Kids” Part 2 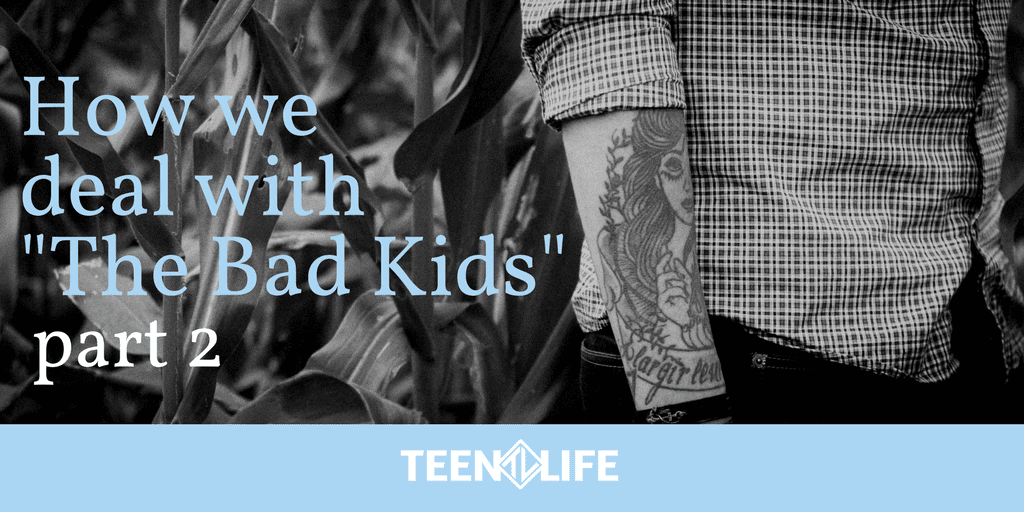 Note to Reader: We have great respect for the administrators who have to make difficult decisions within their school districts. I am writing this blog post because I have personally seen great changes made among the school districts in our area addressing issues with “the bad kids”.

Recently I spoke with a counselor at one of our alternative (disciplinary) schools. She told me a story about a young man who recently got sent back to his campus after trying to get re-instated at a new campus in his district (his family had recently moved). It turns out the principal at this school was this young man’s principal in 7th grade, and essentially, the principal denied this young man’s entry onto his campus because of the student’s bad behavior in middle school.

Let that sink in. After several years, this principal held a grudge against this student and denied access to traditional public education, forcing the student to go to alternative placement. Because of past sins, this student has been “marked” so to speak and will struggle to have access to the same levels of education as his peers.

This isn’t an isolated story. A big part of my group work is in alternative schools, and this story rises to the surface over and over. Most of the kids I work with got in trouble in elementary and middle school, and they developed a reputation. They were put on “the list” and feel singled out or watched by administrators. From a very young age, they were labeled “the bad kid”.

These are powerful messages, even if they might be earned in some way. They trickle down into the hearts of students who are told over and over how bad they are. Or, the message is sent that they are not wanted when they are repeatedly suspended or sent to alternative schools. After a while, they just accept they are “bad” and start playing the part.

Unfortunately, the statistics are starting to bear this idea out along racial and intellectual lines. Students of color or who are in the minority are much more likely to be suspended or expelled, especially if they have some kind of learning disability. One of our local major school districts suspended over half of the African American males in the district while over 25% of all students in the district were suspended or third partied. And, this is a huge district!

Studies have shown that students who are suspended or expelled are much more likely to drop out of school or repeat a grade. In fact, a study of all 7th graders in Texas over a three year period showed 31% of students who were suspended repeated a grade, compared to only 5% who didn’t get suspended.

For many reading this, it might seem like there is a little bit of blaming going on here. If the students just followed the rules, they wouldn’t be in trouble, right? Well, yes and no. When you look back thirty or forty years, school suspensions were very low. It was really hard to get suspended from school in the 70’s. But several factors, including Colombine in 1997 changed all of that. With Colombine, the idea of “Zero Tolerance” and putting police officers on school campuses became the norm. When the idea of “Zero Tolerance” takes root in an administration, many misbehaviors can fall under that pretense.

For those reading this post who might struggle with this concept, understand that things have changed dramatically on school campuses over the last 40 years. But our students are the ones suffering the long term consequences of “Zero Tolerance” and over suspending schools.

There is much more to say on this. In the meantime, if you want more context for the statistics I mentioned above, I encourage you to spend some time looking at these articles which will point you towards growing data showing these troubling trends.

The School to Prison Pipeline, explained – this is a great primer for this topic. Lot’s of links out to articles and research.

I believe in my last post I promised some solutions, but I felt like discussing the problem a little further, while providing some context through research would help. In my next post, I plan to talk a little bit about what is being done to address some of these issues and some positive ways forward. Let us know what you think!