How We Deal with “The Bad Kids” 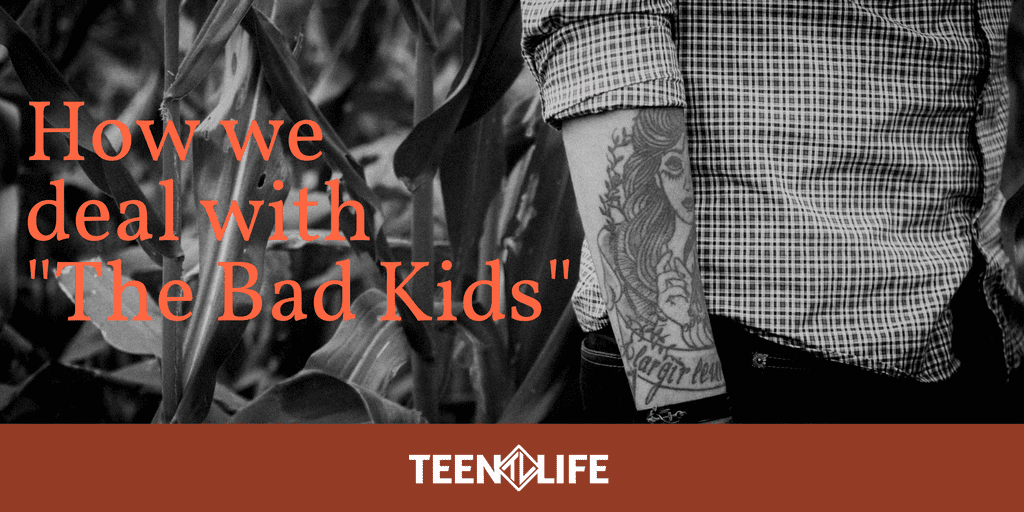 Becoming a father has taught me so much about myself, mainly my weaknesses. One of those weaknesses is impatience. When dealing with discipline issues with my kiddos, I tend to default towards more pragmatic methods like raising my voice, sending kids to their rooms, and not giving my kids the chance to talk or explain themselves. Typically this is done in the name of “teaching respect” but often has the opposite effect. When I get into the mode of punitive discipline, I sense my kids withdrawing from me, and often just tuning me out.


You see, I have smart kids. We all do. They have an intuition that goes way beyond our adult minds. While we are thinking about what needs to be done next and are always in a hurry, our kids are masters of what it means to be present in the “here and now”. Our kids don’t have to worry much about what is next (though they do ask about it some), so they are much more in tune with the feelings and actions of the adults in their lives.

When I opt solely towards punitive discipline (i.e. raising my voice, sending to room, spanking, shaming), I am making the choice to be practical without thinking about the long term implications of how I discipline. When I have an overwhelming load of responsibilities on my plate, it is much easier to resort to punishing (or over-punishing in a lot of ways) my kids for not doing what we ask them to instead of seeking more creative and sustainable ways of discipline and correction.

My wife is really good at this creative thing. My oldest son will get out of whack and instead of sending him to his room, she makes him run, do jumping jacks, and tons of push-ups until he is out of breath. You see, she understands that when he stops paying attention or gets whiny, he doesn’t need us to raise our voices. He needs us to help him re-center, re-connect, and reset. After he gets done running and jumping, we find he is much more focused and ready to listen.

I’ve been thinking a lot about this lately as I often fail as a parent, but also when I observe students who have been labeled the “bad kid”. We do a lot of support groups in placement settings where students have been sent as a means of punitive discipline. When we encounter students in drug rehab or alternative schools, the reasons they get sent there are widely varied. Some students are there for drugs or violence, but others could be there for persistent dress code violations, disrespect, rule breaking, or other minor infractions. In many schools, the “zero tolerance” rule applies and students can be suspended, “third partied”, or expelled because often the school has no other recourse. It’s the protocol for many institutions, it is pragmatic, and it deals with the discipline issues cleanly.

Yet, there are long term consequences to punitive justice. Studies show that once a student is suspended or otherwise sent off their main campus, the likelihood of ending up in prison or dropping out of school increases dramatically. Since the mid-late 90’s when “zero tolerance” discipline started to make a comeback in public schools, the rate of suspensions and expulsions spiked, especially amongst African-American and Latino students. The numbers are staggering. If you want to know more about this, check out this research article about the long-term effects of punitive justice.

This isn’t a criticism of our administrators or teachers, but more an indictment of pragmatism. Often the most efficient and practical way of dealing with “the bad kids” is the way of convenience, not the way of correction. The long-term implications of how we discipline have an impact on graduation, imprisonment, restoration, and society as a whole.

In my next blog, I want to talk a little about some alternatives to punitive discipline in schools (and anywhere else students gather like church, after school, sports) and how there are real and effective ways to both correct and restore relationships without resorting to punitive measures.