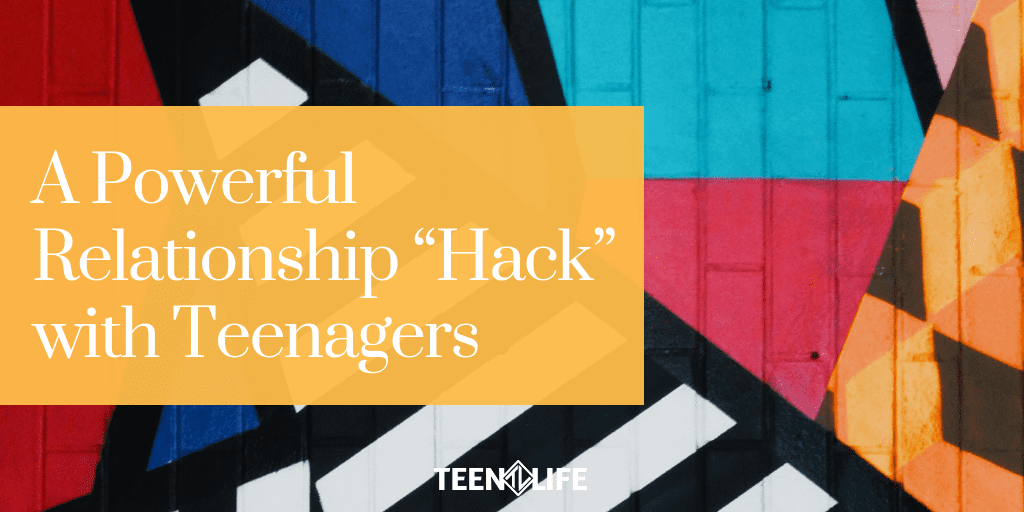 A Powerful Relationship “Hack” with Teenagers

A while back, I received a text from one of our volunteers asking to meet in person. This particular person was an influential volunteer for Teen Life and had been really active with us in the past. But I felt like something was up. This person was always someone who communicated more over text and email and rarely, if ever, asked to meet in person.

It turns out I was right. My friend had ended up losing their job suddenly and was asking for prayers and any guidance on finding new work related to their field. I really felt bad for my friend.

Part of what we talk about in Teen Life volunteer trainings is the idea of using our intuition as a listening device. So often we are dulled to our instincts and don’t really trust the gift of intuition in our relationships. In our trainings, we teach the concept of intuition as our ability to understand something immediately without the need for conscious reasoning. That is, we just know something is true.

It’s a weird little quirk of being human. We have the innate ability to sense something is off or wrong – whether we know exactly what it is or not.

But for me it’s all how we use our intuition. Often we use our intuition to identify problems. But Teen Life believes our intuition offers us an opportunity to ask good questions. If we sense something is “off”, we want to be the kind of people who stop and say, “Hey, tell me more about that.” We teach five different intuition “indicators”. They go as follows:

Discernment – essentially our “read” on a situation, whether it is true or not.

Red Flags – inconsistencies in a story or telling of a situation.

Turning points – major events or stories in a person’s life.

As you work with teenagers, you have the opportunity to be a different kind of influence. Teenagers have strong emotions. Their stories don’t always add up. They say the same thing over and over. They have huge elements in their own story they are unaware of and tend to let slip by.

For the helper, our intuition presents significant opportunity. Imagine if you responded with a question instead of correction to a teenager cussing or expressing anger. What if we interpreted inconsistencies in a story as a place to express curiosity instead of accusation?

Our intuition is a strong tool for the helper. If you sense something is off, you are probably right. Or, at least you have the opportunity to be proven wrong.

All you have to do is ask.