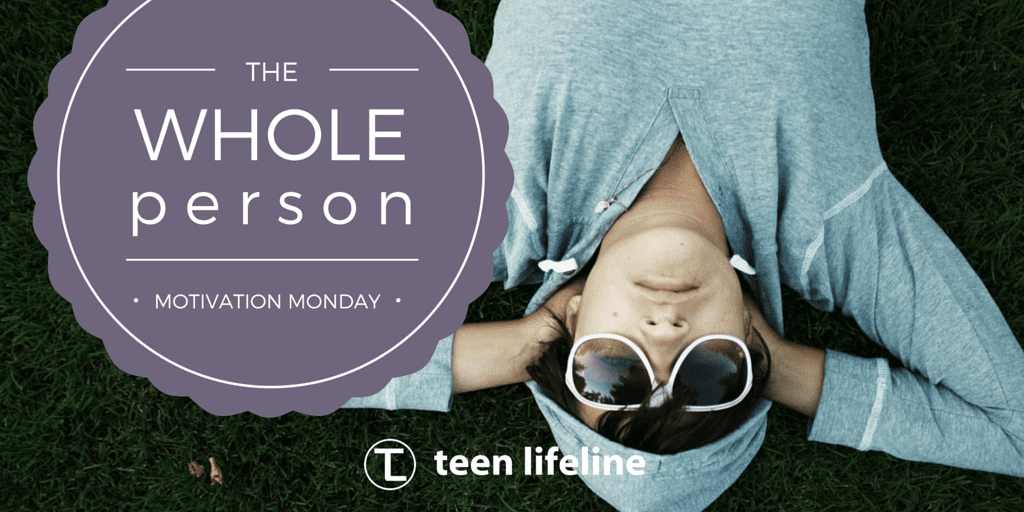 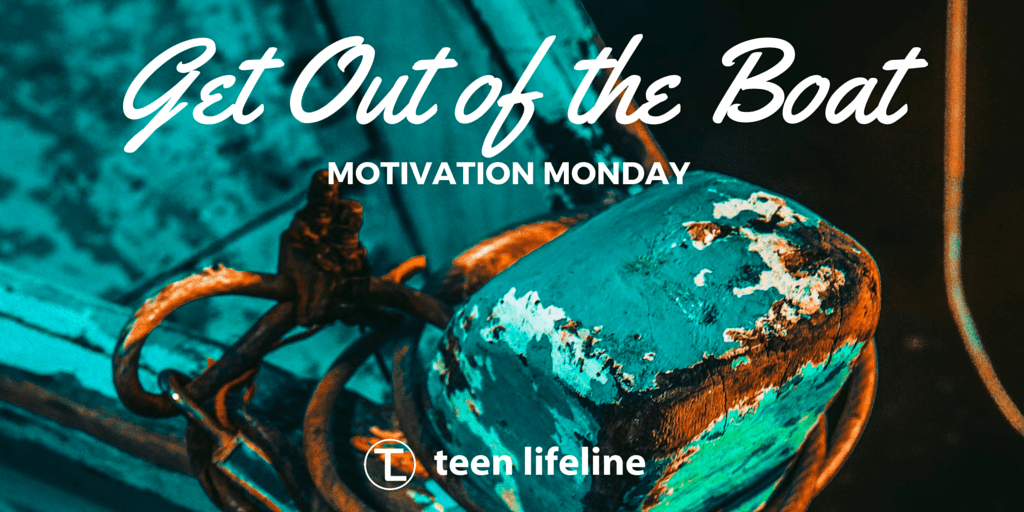 Motivation Monday: Get Out of the Boat

We are only 5 weeks away from the 7th annual #TL5K, and our Kick Off Event is tomorrow, March 1st!

Please join us for dinner to hear about the great plans we have for this year’s 5K! RSVP here today.

Teen Lifeline’s vision statement is to “encourage, equip and empower teenagers to live life better.” This is done through Support Groups that take place during school hours, but sometimes in order to fully equip, encourage and empower the students we work with, our facilitators decide to go above and beyond their expected duties.

We love it when our facilitators become invested in the lives of the students they serve, and no one does it better than Jason Herman. Jason is the Lead Student Minister at The Hills Church’s North Richland Hills Campus. He has lead groups with Teen Lifeline since 2013 and has a particular passion for working with teenaged dads. He is able to form meaningful relationships with these teen dads because of the conversations had and resources that are exchanged. We are so glad that he has chosen to “get out of the boat!”

When I was a kid, I loved bumper boats (you know, bumper cars on water). I got a kick out of smashing into other unsuspecting bumper boat enthusiasts. The thing about bumper boats, however, is that you rarely react with the people in the other boats. You simply float from one person to the next and are never truly in control of what happens on the water. Sometimes, I think we approach life the same way. We wake up, get ready, coast through the day bumping into others only to get home, go to sleep, and repeat. It’s a chain reaction of events that simply lead to the next day, and we completely miss opportunities to fully engage people. So the question becomes, how do we break routine?

Perhaps the obvious first move is to get out of the boat. This looks different for everyone but for me, and many of us who work in the church, it means getting out of the office and engaging the community. That is why I love Teen Lifeline. Over the past three years I have worked with teen dads and been able to develop relationships with school administrators, staff, teachers, counselors, and students. As those relationships have developed, opportunities to engage people became a reality. Which leads me to the next crucial piece in breaking routine.

We have to keep our eyes open for opportunities to take the relationship deeper. I have found that such opportunities present themselves when a need is stated during group, which leads to a chance to engage outside of group. For example, during one session, my dads discussed several resources that were unavailable to them. Their needs ranged from being able to provide a turkey for Thanksgiving, buying Christmas presents for their children, to needing an attorney for various legal problems. In this situation, needs became opportunity to break routine. Coordinating with The Hills Church, each dad was given access to resources they desperately needed. Coincidently, none of this took place in our typical group meeting. It all happened outside group. We have to look beyond the group if we really want to engage lives.

When we engage people, understand their needs, and do more than simply bump into them, the routine of everyday life is shattered. Trust is earned and life moves from individuals bumping into one another to an adventure that is lived together. I love working with teen dads, and there is nothing like when one of them invites you into their life. Sometimes this even looks like a baby shower, a birthday party, or a wedding ceremony. This is life lived better, and there’s no telling what adventure tomorrow may bring.

Jason Herman is the Lead Student Minister at The Hills Church, North Richland Hills. He facilitates a Teen Lifeline Support Group for teenaged dads in Birdville ISD.
Next Entries »