Death of “Future Me” 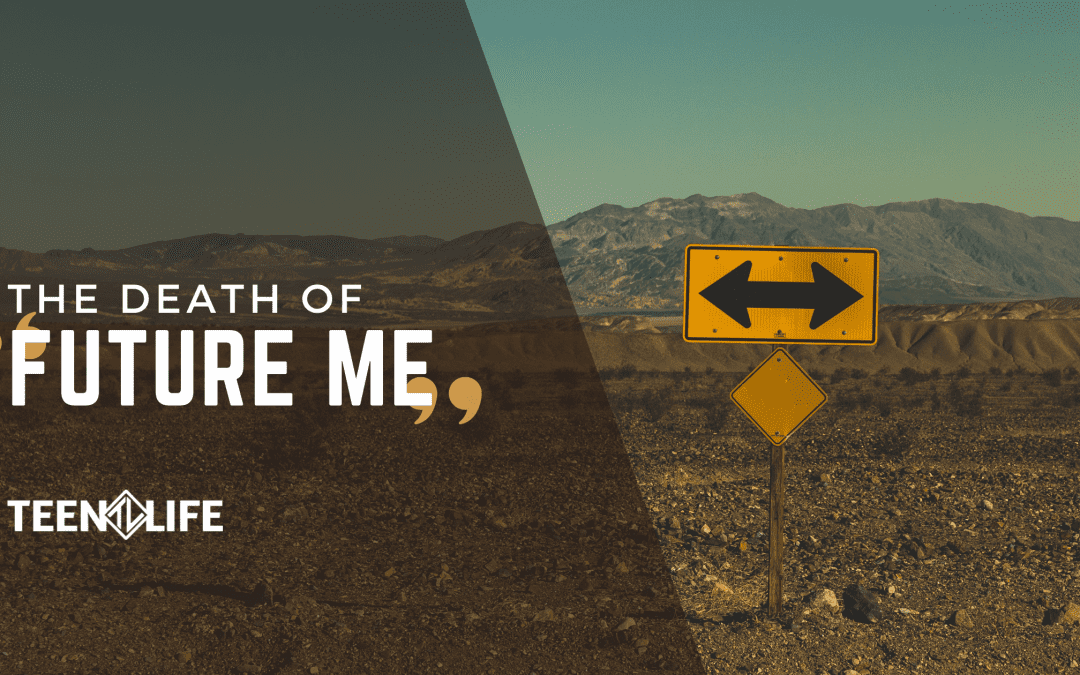 Recently I stumbled upon a short podcast series by the New York Times entitled “Odessa”, which chronicles the physical re-opening of Odessa High School out in West Texas after the shutdowns of the spring and early fall of 2020. The series focuses on the marching band and the many struggles they faced as Odessa faced a COVID surge on top of school reopening.

In a later episode of the series, a student introduced in the first episode starts to exhibit a significant change in behaviors. A teenager once vibrant and socially active suddenly fell off the map. She stopped attending school, returning texts, and showing up to band practice. While those who knew and loved her made sure she was safe, otherwise she became completely disengaged.

After a while the interviewer was able to connect with this student and it was interesting to hear how she was doing. She said overall she was fine, but just wanted to be alone. In fact, her and many other students reported the same. They didn’t seem to be depressed or anxious, but they also didn’t really want to engage in any meaningful way with their friends or adults.

Also recently I read a really compelling article that got me thinking about stories like the one above, and even my own story in a way. The article cited a psychologist who explored aspects of consciousness and he divided our experiences as being either in the “experiencing self” or the “remembering self”. That is, the present moment and about 5 seconds before and after are what we experience. But we also have another “self” that is in the past telling us stories about times already gone. He did a lot of work in understanding how our two senses of “self” interplay with each other and how we need to be aware of how much noise each “self” is making.

Yet, this article expanded this framework to include what she called the “anticipating self”. That is, the part of us that hopes, dreams, and expects. Typically the “anticipating self” is a bit more optimistic about things and hopes for the future to be just a little better. The author posits that it is this “self” that drives us to make positive changes and choices.

We choose to eat better because we hope for better health.

We save our money because we envision ourselves being financially secure.

We make the better, harder choices so tomorrow will find us in a stronger position.

In other words, our “anticipating self” is the driving force to make better choices.

I think about this teenager featured in the “Odessa” podcast. As the episode ended, several school counselors were interviewed about the behavior of this student and those like her.

They said they had lost all motivation. No hope for the future. Anything beyond today became fuzzy or opaque.

In other words, their “anticipating self” was incapacitated.

If you know much about adolescence, you know that the “anticipating self” is a new developmental tool available to teenagers as they enter those early teen years. Children don’t often dream about what’s going to happen to them in 10 years. But as adolescence settles in, thinking about tomorrow becomes more of an option. I call this a new “tool” because often adolescents don’t use this tool, even if it is available to them.

This pandemic has caused so much uncertainty to the developing mind of an adolescent that they choose to silence the “anticipating self”. This last year has been so hard that thinking about anything positive for the future feels like a fools errand.

I believe this is why we are seeing such a surge in mental health issues with teenagers. When there is no real future, no real reason to engage with our “anticipating self”, then what is the reason to engage or even, hope?

As I work with teenagers these days, I’m especially mindful of helping them talk about the future in a positive light. And, it’s incredible to see how they respond. Often, they have forgotten that a positive future is even a possibility.

Because, it is. Let’s do everything we can to help teenagers engage with their “anticipating self”. What if, instead of engaging in the doom and gloom of this moment, we helped students anticipate what could be better or different? What if we rejected the notion that things are only going to get worse?

For more tips on helping teens look for hope, check out this recent post.