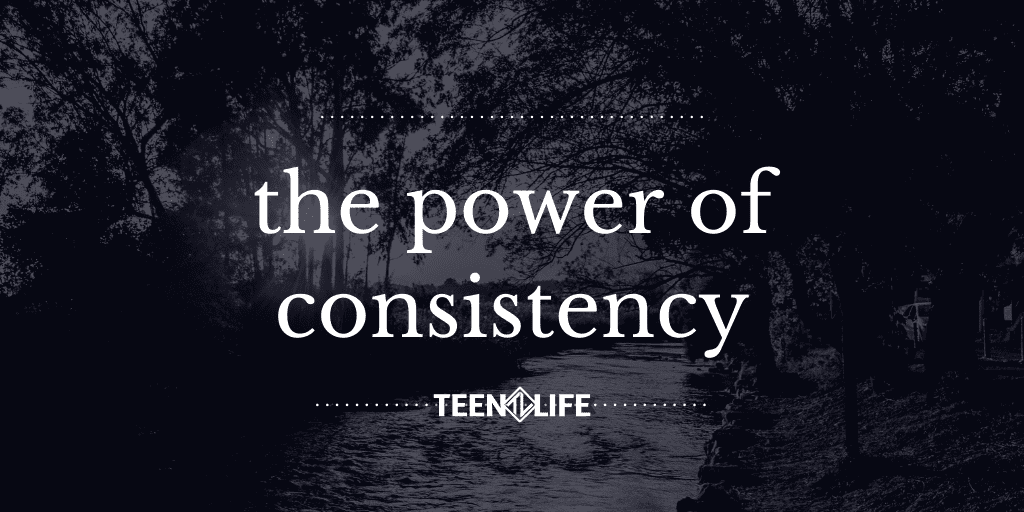 The Power of Consistency

This question came from a 14 year old young man at a local drug rehabilitation unit where I lead Teen Life support groups.

And I was floored.

Think about it. A kid whose short life had landed him in rehab was asking about how my wife was feeling. For an adolescent to ask a question so far outside of himself in a setting that involves so much inner work was humbling.

The previous week, I had shared during our “check in” that I was a little worried about an injury my wife had sustained and wasn’t healing well. I didn’t think they were listening.

I’d say only about half or even less of my interactions with these guys seem that successful. They have it really hard, and their situations moving forward seem rather dire. A lot of the time, it just seems hopeless.

In fact, I often dread showing up to this place. It’s just one of the harder aspects of my week because I never know what I’m gonna face.

But as I have grown as a helper of teenagers, my mantra is “you will never regret showing up.”

And I never have.

Working with students is hard because it is unpredictable. Despite being prepared and ready, you never know what is going to happen. Sometimes you hit a home run, but a lot of times you strike out or just get a walk.

What we have learned from our work with students here at Teen Life over the last 11 years is the power of consistency. In a world of chaos and confusion, the steady hand is the one who makes the difference.

This bears out in life and should be instructive for those of us who face resistance: showing up is half the battle. Think about the last time you experienced significant resistance. After jumping in and facing that resistance head on, did you regret engaging with the difficult situation? Was there a moment after that you really regretted showing up?

In my experience it is rarely lost on a student when I show up in the midst of their chaos and do so consistently. I don’t always show up with the right answers, or even the right words, but my presence can make all the difference in the world – especially when it is steady.

Whatever you have committed to in your work with students, please do so with the commitment to consistency. You will never know how much impact this commitment will have.

And, you never know. They may ask you about something that is important to you – like those guys did checking in on my wife.