The Girl Who Could Not Lift Her Head 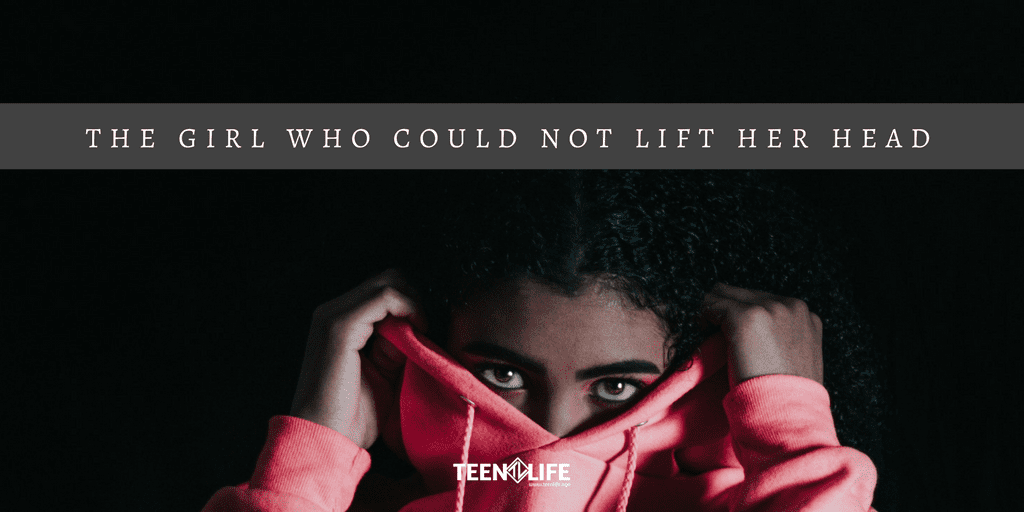 I looked around the circle of students seated around the table and saw little eyes staring back at me in anticipation. All of these students were from different parts of the world and had arrived in America as children of immigrants and refugees. None of them spoke english, and for the most part, none of them spoke the same language. Maybe it wasn’t anticipation in their eyes but more of a fascination of an english-speaking white dude like me who had no idea how to interact.

As I looked around the table, I saw one student whose eyes were not on me. In fact, we couldn’t see her eyes at all. She had her head down in her arms and didn’t speak. While all of the other students seemed excited about being in one of our Teen Life groups, she was not. She wanted nothing to do with it, or so I thought. In a lot of other situations, I would have pressed a little harder to get her to participate. But this time I didn’t for some reason. I felt like something was going on in her life that she needed to just be in the group – on her terms.

So week after week, I would meet with this little “mini United Nations” of students, and we would muddle through trying to communicate and understand what was going on. Did I mention there were seven different languages represented in that group? So as you can imagine, the challenges were immense! And that little girl still didn’t talk.

Maybe they just enjoyed seeing me struggle. Perhaps there was some respite in the idea that a privileged white American like myself was at a disadvantage. I’m sure it was entertaining to see me try to relate to students who had either moved to America because of persecution or to find a better life. But little by little, we started understanding each other. And, little by little, that girl started to raise her head. While she didn’t participate much, every now and then, we would catch a smile.

We would do activities like “fist to five”. This one is easy – just ask someone any question and they get to answer using the numbers 0-5 to tell you how they feel about it. “Fist” is the worst (or zero) and “Five” is the best. So I could ask them, “How is school going today?”, and they had an easy way to answer – by just using their hands! More importantly, I could ask them what would have to happen to add one number to their answer. That’s where the good stuff started happening. And as the weeks went on, our little girl finally started to talk.

It turns out my little friend had endured significant emotional, sexual, and physical trauma in her life – unspeakable things had happened to her in her home country. She spoke Swahili and went by what I believe was a pseudonym. It doesn’t sound like she had much safety in her life, but she found it in our group by simply being there and listening – not being forced to do anything she didn’t want to do.

I remember the last day of group. I had a tap on my shoulder, and I turned around to a little girl who had her hair done up and a really pretty dress on. She said, “Hi Mr Chris!!” At first I didn’t know who she was. But then I realized it was my little friend from group who, just seven weeks earlier, could not bring herself to make eye contact with anyone. She was walking with confidence and seemed excited about the world she was coming into.

Later I found out she has become a leader at this little international school. She would give tours to new students and families to welcome them to this school that had made such a difference in her life.

Some of you connected with Teen Life might not fully understand the impact of what we do and how our incredible volunteers make a difference in the lives of students year after year. Stories like this abound as our groups offer safety to students who need a place for support. We are unique in this space and how we do it.

And, the demand is growing. We have new school districts in new cities contacting us asking, “How do we get these groups on our campus?” In order to fulfill these requests, we need your support. Consider donating to our spring fundraiser as we build our funding to meet the needs of our community – and to help others as well.

Giving is simple and your dollar goes a long way. Please click the link below to make a donation!