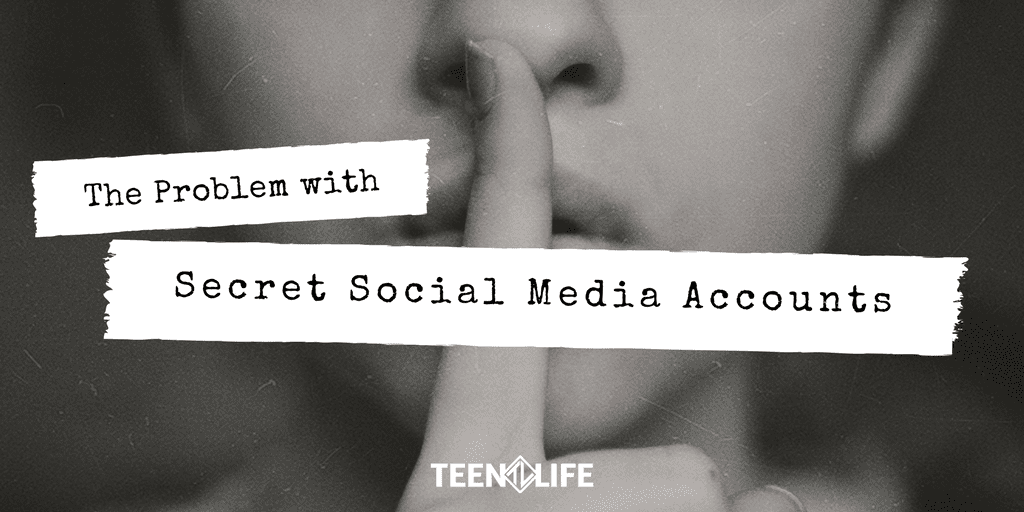 Social Media is a tool to share and post in a social setting. You get to share photos, thoughts, complaints and dreams. We have done many posts about social media on our blog, and one thing keeps coming up – social media isn’t going anywhere. It is here to stay.

Because this is the case, those of us that work with teenagers must be aware of how teens are using these outlets.

In a recent (unofficial) survey of 60 high school students, 40 of them said that they had a secret social media account (Finstagram or Private Twitter).

Before I continue, let me clarify what I mean by secret accounts.

Finstagrams are “fake” Instagrams (not fitness Instagrams as one of my friends believed). They are private and kept separate from their real Instagram accounts. Unlike their primary account, they limit who can follow them to close friends. This is not the account that they would let parents or adults follow.

I asked a teen why people have Private Twitter accounts, and this was his thought:

The point of having another Twitter is to release all the pent up anger and angst…People will normally post abstract things or “subtweets” that kind of call people out and roast them. Or they will post about something going on in their lives like, “I messed up bad.” Or you can get to the really depressing stuff like, “I don’t want to live anymore.”

Please don’t panic yet. Just because many teens have these accounts doesn’t mean that yours does. And even if they do, it doesn’t mean that they are posting suicidal tweets on an account that you can’t see. This particular teen said that he has a private Twitter so that he can follow other private Twitter accounts to try to help those cries for help. Others may have them so they can post silly pictures that aren’t filtered enough for the public.

But regardless, this is a conversation that every parent, or youth minister, or mentor, or friend should be having with teenagers. Here are some things that you will probably want to know and ask about:

Nothing is truly private. We know this, but teens don’t always seem to grasp the concept. I could tell you several stories of people getting in trouble at school because of something that was posted on their private Twitter and got reported to the school. Or embarrassing pictures that got shared with others via a screenshot. It isn’t secret or private if other people are following you.

However, I believe the most important conversation you need to have deals with following other private accounts. Are they equipped to handle cries for help? Are they dismissing things that should be told to an adult because it is “private”? Are they inadvertently encouraging bullying by following, liking or retweeting some of these posts?

I understand that teens may need a place to post and talk without mom looking over their shoulder. But conversation is so important if we want to raise responsible, healthy young people.

I hope you will join the conversation with us!

Karlie Duke was in one of Teen Life’s original support groups and now is our Communications Director. She is passionate about encouraging students to live better stories.