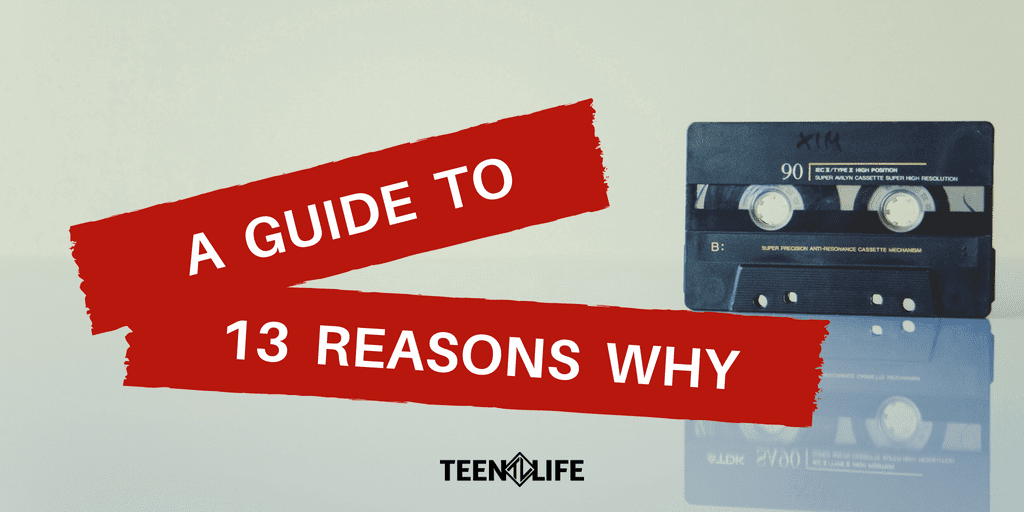 A Guide to 13 Reasons Why

* Warning: Spoilers of 13 Reasons Why Season Two and discussion of graphic content ahead.

The popular, controversial Netflix series 13 Reasons Why returned two weeks ago with Season Two. It was as interesting, graphic, provocative and disturbing as the first season. I can see why teenagers identify with it and parents fear it.

Last year, we received several questions and concerns around the first season of 13 Reasons Why. As an avid Neflix fan, I decided to watch the show to have a better idea of what teenagers were being exposed to and to help parents, teachers, and other helpers have positive conversation in the midst of a controversial series. After watching Season Two, I have a few thoughts, tips, and questions that I hope will help you have educated, positive, and relevant conversations with the teenagers in your life.

13 Reasons Why is a Netflix Original Series about Hannah Baker, a high school student who chronicles her inner struggle and the 13 reasons why she chooses to kill herself on 13 cassette tapes. Season One revolved around these 13 tapes and the individuals (both teenagers and adults) who appear on the cassette tapes she leaves behind after her death.

13 Reasons Why Season 2 picks up in the aftermath of Hannah’s death and the start of our characters’ complicated journeys toward healing and recovery. Liberty High prepares to go on trial, but someone will stop at nothing to keep the truth surrounding Hannah’s death concealed. A series of ominous polaroids lead Clay and his classmates to uncover a sickening secret and a conspiracy to cover it up.

This show is suspenseful, entertaining, relevant, and revolves around issues many of our teenagers see in the halls of their school. While the series is set in a public High School, I believe the target audience ranges from middle school students to young adults. Not just teenagers are exposed to the situations portrayed.

To start a conversation about 13 Reasons Why, ask your teen the following questions:

The content of 13 Reasons Why has been described as graphic, disturbing, dangerous, tragic, and intense. At the beginning of the first episode of Season Two, the actors of the hit series also give the following disclaimer:

13 Reasons Why is a fictional series that tackles tough, real-world issues, taking a look at sexual assault, substance abuse, suicide, and more. By shedding a light on these difficult topics, we hope our show can help viewers start a conversation. But if you are struggling with these issues yourself, this series may not be right for you, or you may want to watch it with a trusted adult. And if you ever feel you need someone to talk with, reach out to a parent, a friend, a school counselor, or an adult you trust, call a local helpline, or go to 13ReasonsWhy.info. Because the minute you start talking about it, it gets easier.

The stated purpose of the show is to start conversations, but I want to make you aware that the conversations can come with a price when watching the show. 13 Reasons Why includes bad language (the F word is used often), female nudity, sex scenes and other mature content.

If your teenager is aware of the show or has watched 13 Reasons Why, ask the following questions:

I am not the parent of the teen, and I am also not recommending 13 Reasons Why for you or your teen. However, if your teen has already watched the show or is going to watch it, please don’t let them watch it alone! I have heard from several teens that the content mentioned above can trigger negative thoughts and actions.

Melissa Henson, the Program Director of the Parents Television Council, warned parents and adults by saying:

For kids who are already at risk, who are being bullied or abused, the show may only serve to trigger those feelings and create dangerous real-life circumstances. We urge parents and schools to be alert and on guard in the weeks and months ahead.

I understand that we live in a dangerous world where teenagers have access to Netflix on their televisions, phones, gaming systems, laptops, and tablets. We would be naive to ignore this show by saying, “My child would never watch that.” I would encourage you to set guidelines, have a discussion, and ask your teen to watch it with an adult if necessary. This series might not be right for you or your teen, but whether you watch the series or not, it can start a positive conversation about what your teen is exposed to every week in the halls of their school.

At 13ReasonsWhy.info, there is a discussion guide that has helpful tips and questions for watching the show and engaging in conversation. Some of these include pausing to talk about issues in the moment or skipping scenes that feel uncomfortable. This could be a great resource if you choose to watch the show!

As I said above, many teenagers and young adults identify with the characters and situations portrayed in 13 Reasons Why. For this reason, it can be extremely dangerous. As teenagers see themselves and their friends in the characters, they may also seek the show for answers, guidance, or understanding. Let me be clear – while I do believe this show portrays relevant content, it is a scripted drama. It was made to draw people in, shock audiences, and make money. Some pieces may look like real life, but it is not real life.

A final note: For season one, we wrote a series of blog posts. This year, be looking for a series of podcast episodes that will take a deeper dive into the topics and issues raised in season two of 13 Reasons Why. Check out The Teen Life Podcast to subscribe so you won’t miss these episodes! If you have any other questions, thoughts, or concerns, please leave a comment or send an email to info@teenlife.ngo.