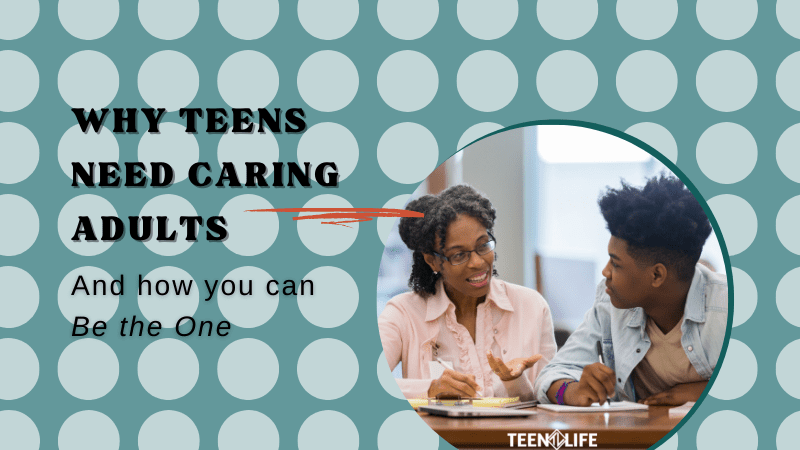 When I was fifteen, I was thriving as much as a nerdy, idiotic, high school sophomore could. At least on the outside. I was a talented trumpet player in a competitive band; I had a decent social circle; and I was involved in extracurricular activities. But the inside was a different story.

I was full of anxiety, doubt, and a professional at self-deprecation. Every day, I was carrying an extra load of problems on top of the normal daily sophomore struggles. I had some life stress that was daunting, but the scary thing to me is that I had loving parents and mentor teachers and it still wasn’t enough.

Around the middle of the year, I was clearly off. An adult I had known for a while noticed and reached out to me. Pretty soon that became a weekly check-in. It was simple. It wasn’t anything extravagant, planned out, or complicated but it was huge for me.

Even though I was lucky to have positive influences in my life already, having someone show up for me did wonders for my well-being.

I think about how much I would have benefited from Teen Life Support Groups when I was in school. Parents and teachers are great mentors and do have a huge influence on teens today. There’s no denying that, but a member of the community showing up for a teen in need can be just as, if not more, impactful.

Teens with mentors show improvement in their attitudes and attendance at school. Studies have shown that high school graduation rates are higher, teens are less likely to drop out, they have enhanced self-esteem, improved interpersonal skills, and more.

A previous Big Brother, Big Sister study showed that teens with mentors are less likely to begin using drugs or alcohol. Specifically, 6.2 percent of youth with mentors initiated drug use compared to 11.4 percent of their peers without mentors, and 19.4 percent initiated alcohol use compared to 26.7 percent without mentors. This shows that they can gain important life skills to stay away from drugs (LoSciuto, Rajala, Townsend, & Taylor, 1996).

So how can you Be the One?

Teen Life makes it easy to take training that equips you to lead Support Groups on a campus near you. If you want information on how to get involved with schools, email me at tobin@teenlife.ngo.

We don’t all have time to be on a school campus during the day though.

You can also help by going here: teenlife.ngo/partner. Any one-time or monthly donation helps us connect teens in schools with trusted adults and peer support.

It can also be as simple as checking in with the teens in your life. Teens need to know that we care. Because no teen deserves to feel alone. 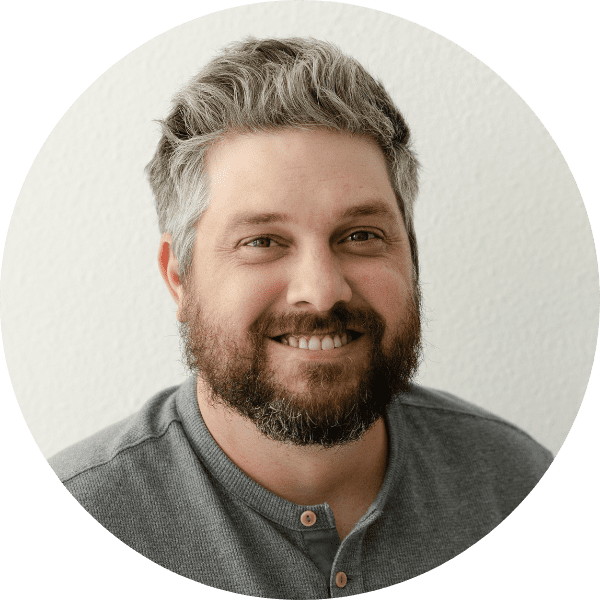 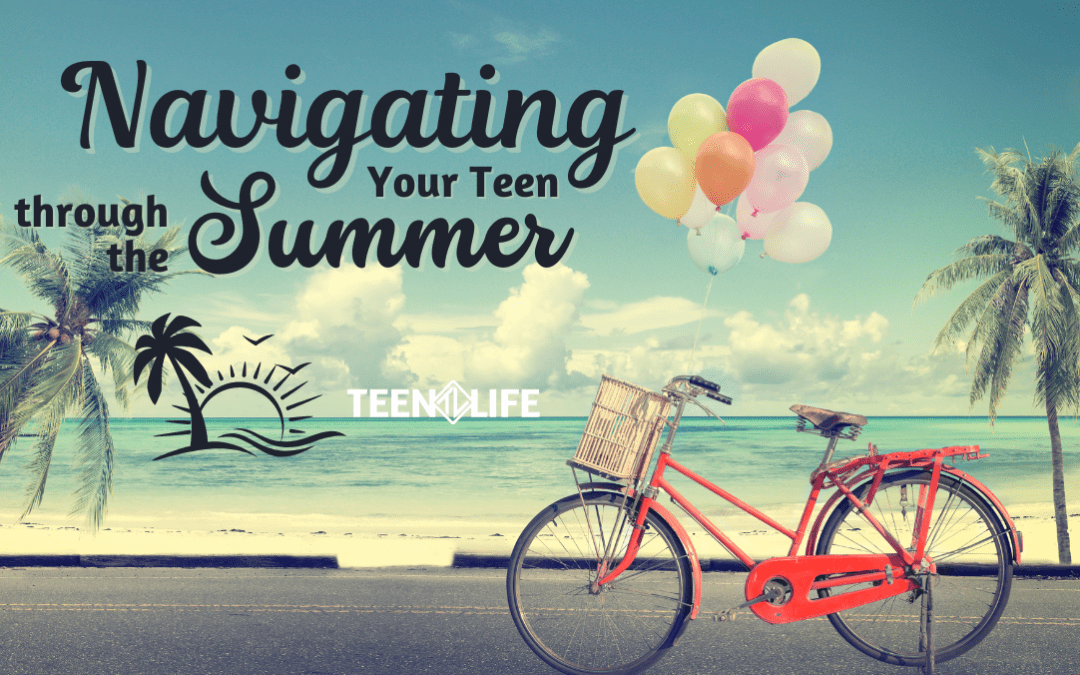 Navigating Your Teen Through the Summer

In some ways, it feels like I’ve just entered the parenting teens phase and in others, it feels like this is just the norm now and I’m in trouble. I say all of this to say that I, like you, am still learning and don’t have all the answers. But one thing I’m learning early on is that it is HARD parenting a teen when they are out of school. So whether you have summers off like your teen or you still work endless hours, here are some tips on how to actively keep your teen engaged over the summer.

Structured Time is Still Very Helpful and Might Be Necessary
Summer can bring a lot of free time which can be good for your teen but just remember that 80% of the year they are in a very structured environment. Going quickly to a loose environment can cause more stress than they probably even imagine.

Have an easy schedule that they could follow to give their day purpose. If I didn’t do this for my son, he would literally be on his video games for a solid 8 hours. Have some activities that give the day purpose like reading for pleasure, a summer project, learning a new skill, and some chores to help gain some ownership of their space.

Monitor Their Social Life and Calendar
Another thing summer brings is a lot of free time to hang out with friends. This is great! Let your teen take advantage of being with their friends when it’s not sandwiched between 5 minute walks to class and a quick lunch table chat.

If your teen struggles with putting themselves out there socially, encourage them to reach out or even set up a time they could have time with their friends at your house, a park, or any fun things around your town. It is important for your teen to stay socially active in a time when it would be easy for them to lose important friends and connections.

Encourage Them to Get a Job
This was never something I had to worry about in my teen years. I have had a job since I was 14 because it was something I needed to do for myself and my family. Jobs are a great way for teens to have a purpose during their less structured summer. Another benefit of them having a job is they now have their own income. You can decide what works for your family and how they can contribute to their own needs but this is a great way to start working on financial literacy and responsibility before they go off to college/trade school/adult life.

If they aren’t ready or can’t get a job another option is to find a place to serve in the community. Doing service projects can introduce teens to new areas of interest, foster a sense of belonging and connection, and support problem-solving skills.

Sleep!
Usually, the summer is the time you don’t have to set an alarm, have an agenda, or worry about how you react during the next day. So typically this could lead to late-night activities and sleeping away the next day. In reality, teens should be using the summer to create healthy sleeping habits for themselves. Make sure you set the boundaries with your teen on what a healthy sleep schedule looks like for them.

Most importantly, just remember that changes in schedules and routines are when teens can find themselves least connected to what they need. Keep that in mind as we navigate through the summer. When all else fails, just do what you know is best for your teen and in case no one has told you today:

You are doing a GREAT JOB and your teen is lucky to have you! 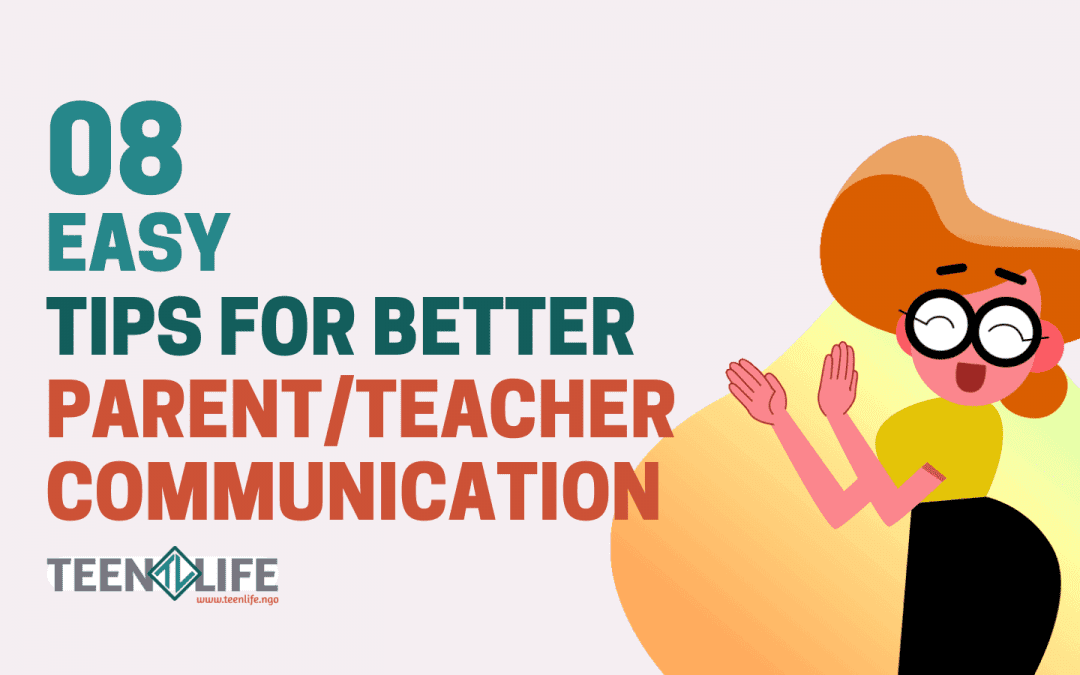 My whole life I have been in or near a classroom. Both my parents are retired educators. My wife is a current educator (thoughts and prayers). A lot of my friends are educators. I am a former educator. So when I tell you I know a thing or two about teachers and education, I promise it’s not lip service.

Since I left my teaching career to come work for Teen Life, I’ve found out one thing is crystal clear:

EVERYONE IS SWAMPED AND EMOTIONS ARE HIGH.

When emotions are high, parent-teacher communication can be a minefield leading to really damaging conversations. Below are just a few reminders for teachers AND parents on communicating with each other.

This first part is for the teachers.

Teachers, I know that little Johnny has used up all his tokens of grace. I know that you are being asked to move mountains while juggling chainsaws with a smile. But hear me out.

Alright, let’s move on to the parents:

Parents, I know that having these conversations is hard, but here are a few tips for successfully navigating difficult conversations.

This obviously will not fix every parent-teacher interaction but it’s a good starting point.

Most importantly, remember that life is already challenging enough for our teens. Teachers and parents should be the first line of support for them.

If you model good communication with each other, it will help drive their success in school and the future.

Tobin graduated with a Bachelors of Music from Texas Tech University. A teacher’s kid twice over, he taught for 13 years before coming to Teen Life. His entire career has been centered around helping students and teens from all walks of life become the best version of themselves